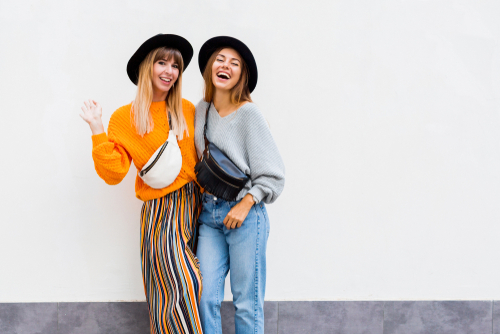 Everybody’s got an opinion, especially when you mention you’re considering LASIK. That’s not to say that everything you’ll hear is correct.

More than a million LASIK surgeries are performed every year!

No matter what people tell you, LASIK is safe and reliable for vision correction if you qualify. There are plenty of misconceptions about LASIK surgery that you’ll hear.

If you’re considering LASIK, you owe it to yourself to separate LASIK fiction from the facts.

LASIK Fact:
LASIK involves the permanent reshaping of the cornea. When the cornea is reshaped, astigmatism, nearsightedness, and farsightedness are corrected.

A small number of people who undergo LASIK may need an enhancement within the first two years. This is rare!

Though LASIK corrects refractive errors, it cannot keep your eyes from growing older. This means that even if you get LASIK, you still develop presbyopia as your eyes lose flexibility.

LASIK Myth: All LASIK Surgery is the Same

At Georgia Eye Associates, we only offer custom LASIK. Custom LASIK is a state-of-the-art procedure that uses Wave Scan technology.

We don’t use this technique anymore since each patient’s eye is unique like their fingerprint.

Instead, thanks to Wave Scan technology, we are able to digitally map out every eye. This provides your LASIK surgeon with an incredibly accurate road map of your cornea.

Instead of a microkeratome blade, we use two lasers: an excimer laser and a femtosecond laser. This gives us the most precise way to reshape your cornea during LASIK.

LASIK Myth: You Might Be “Too Old” for LASIK

Not even a little bit. It is true that you must be at least 18 to undergo LASIK, but you can’t be too old!

A good LASIK candidate is healthy, has no eye conditions, and had a stable prescription for a year.

Age might become a problem if you have cataracts and want LASIK since your vision won’t be corrected.

With cataracts, the lens of the eye must be fully removed and then replaced with an IOL. Reshaping the cornea during LASIK wouldn’t do a thing for your vision if you have cataracts.

In this situation, you would want to choose a premium IOL. This would allow you to live glasses and contacts free while getting rid of your cataract as well!

Age doesn’t have to stand in your way of clearer vision. If you want LASIK, consider a LASIK consultation!

Thankfully, LASIK is anything but painful! This is thanks to numbing eye drops that are administered before your procedure.

During the procedure, you won’t feel a thing! When the drops wear off, you’ll want to take aspirin and rest for a few hours. Your eyes may feel uncomfortable but this goes away quickly.

Ready to find out if you’re a good LASIK candidate? Schedule your LASIK consultation with the experts at Georgia Eye Associates today!